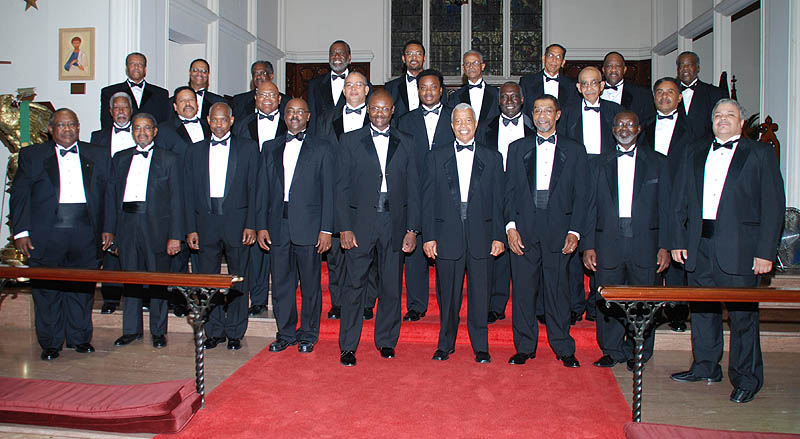 North Jersey Philharmonic Glee Club (NJPGC) was formed by Dolores Collins Benjamin in Newark, NJ, in 1939.  It is one of the oldest continuously-singing all male groups in the Mid-Atlantic States and one of the most enduring community-based arts organizations in the United States. NJPGC performs a wide repertoire but has long recognized and emphasized the importance of preserving African American music, particularly the Spirituals. Philip Field, who has garnered international recognition as performer, musical director, composer, arranger and record producer, is the Glee Club’s eleventh director. He was also accompanist and artistic director from 1995 to 2005.

IMANIA Women’s Chorus is a multi-generational, multi-cultural organization. IMANIA’s repertoire covers a wide variety of genres and styles of music and includes original compositions as well as contemporary covers, standards and traditional songs. Director Dee Jackson Field, composer, arranger, music teacher and educational consultant, founded IMANIA in 2010. The group is also dedicated to education and mentoring. IMANIA gets its name from two Swahili words— Imani, which means “faith” and Nia, which means “purpose.”